The concept of telemedicine is not new. A simple definition of telemedicine: The ability to practice medicine when the expert and the patient are separated by distance with the support of telecommunications technology. 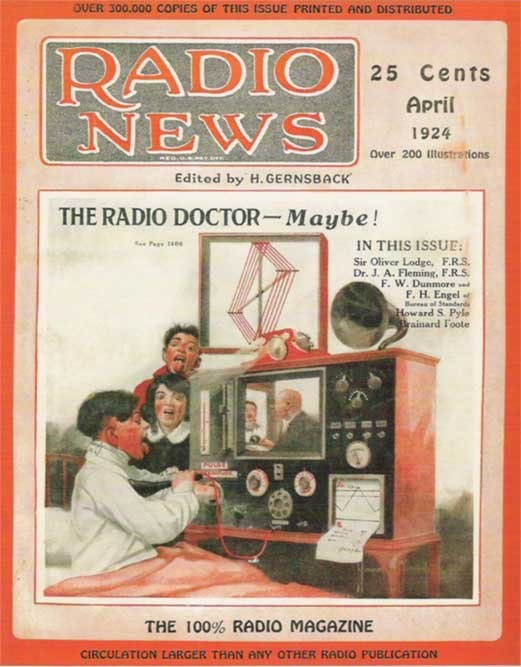 One of the earliest telemedicine trials was in the summer of 1967 when Massachusetts General Hospital set up two TV cameras at Logan airport to examine patients and avoid the traffic which could make the 3.5-mile trip take up to two hours. The Telemedicine Spacebridge, a satellite-mediated, audio-video-fax link between four United States and two Armenian and Russian medical centers, permitted remote American consultants to assist Armenian and Russian physicians in the management of medical problems following the December 1988 earthquake in Armenia and the June 1989 gas explosion near UFA.

I personally participated in telemedicine trials in the early 1990s with NYNEX Corporation and four Boston Teaching Hospitals. In 1993, the American Telemedicine Association was established to promote access to medical care for consumers and health professionals via telecommunications technology (alternatively referred to as telemedicine, telehealth or eHealth).

In the year 2000 Nighthawk Radiology Services was formed as the first commercial teleradiology services. Reading Centers were set up in Australia and Switzerland so the U.S. board certified doctors could support nighttime emergency room radiology needs working during the day at new reading centers. The lessons learned in teleradiology are valuable to all disciplines using telemedicine today.
From the beginning, it was important to make a distinction from a-synchronous telemedicine which was a store-and -forward methodology (like used for teleradiology) to synchronous telemedicine which required real-time face to face consultation (like used in a tele-psychiatry session.)

While it is easy to identify the benefits of telemedicine for patients, providers and payors, no discussion about the early days of telemedicine is complete without a discussion of the barriers to wide-spread implementation. In addition to issues of regulation and reimbursement, there were issues of physician acceptance, bandwidth availability, system interoperability and comfort with the status quo. While progress has been made on all of these, new barriers continue to arise.

Many early teleradiology programs were supported by government grants and sustainability became an issue when grant funding terminated. There has been a continual need to prove a Return-On-Investment for telemedicine programs and a need to create reliable business models to support implementation. There has been a constant turnover of vendors looking to penetrate the market as a review of the list of exhibitors at the early American Telemedicine Association meetings bears little resemblance to the companies that show up today.

A Niche in a Niche – Providing Teleradiology Services to Urgent Care Cent...