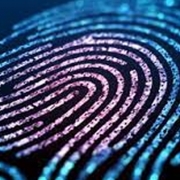 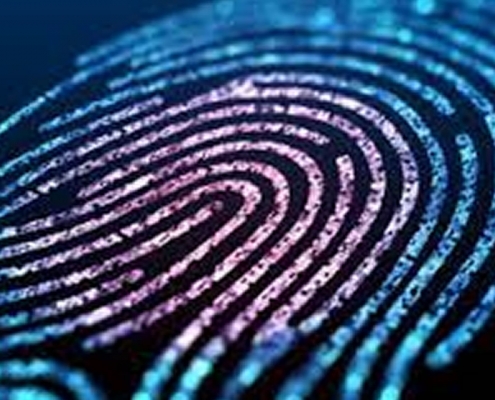 In ancient Babylonia and China, thumbprints and fingerprints were used on clay tablets and seals as signatures. The idea that fingerprints might be unique to individuals dates from the fourteenth century. Fingerprints weren’t used as a method for identifying criminals until the 19th century. In 1858, an Englishman named Sir William Herschel was working as the Chief Magistrate of the Hooghly district in Jungipoor, India. In order to reduce fraud, he had the residents record their fingerprints when signing business documents. Sir Edward Henry, commissioner of the Metropolitan Police of London, became interested in using fingerprints to nab criminals. In 1896, he created his own classification system based on the direction, flow, pattern, and other characteristics of the friction ridges in fingerprints. In 1901, Scotland Yard established its first Fingerprint Bureau. The following year, fingerprints were presented as evidence for the first time in English courts. In 1903, the New York state prisons adopted the use of fingerprints, followed later by the FBI.

But how has fingerprinting changed since the 19th century?

The Henry system finally enabled law enforcement officials to classify and identify individual fing­erprints. Unfortunately, the system was very cumbersome. When fingerprints came in, detectives would have to compare them manually with the fingerprints on file for a specific criminal (that’s if the person even had a record). The process would take hours or even days and didn’t always produce a match. By the 1970s, computers were in existence, and the FBI knew it had to automate the process of classifying, searching for and matching fingerprints. The Japanese National Police Agency paved the way for this automation, establishing the first electronic fingerprint matching system in the 1980s. Their Automated Fingerprint Identification Systems (AFIS) eventually enabled law enforcement officials around the world to cross-check a print with millions of fingerprint records almost instantaneously.

That changed in 1999, with the introduction of Integrated AFIS (IAFIS). This system is maintained by the FBI’s Criminal Justice Information Services Division. It can categorize, search, and retrieve fingerprints from virtually anywhere in the country in as little as 30 minutes. It also includes mug shots and criminal histories on some 47 million people. IAFIS allows local, state, and federal law enforcement agencies to have access to the same huge database of information. The IAFIS system operates 24 hours a day, 365 days a year.

But IAFIS isn’t just used for criminal checks. It also collects fingerprints for employment, licenses, and social services programs. When all these uses are taken together, about one out of every six people in this country has a fingerprint record on IAFIS.

A long-standing tenet of telemedicine requires physicians to be licensed in the state where the patient presents. Radiology, which was the first medical specialty where telemedicine was widely used, often saw physicians in need of multi-state licenses. In was not unusual for a radiologist to carry 25-30 (even 50) individual state licenses. All states require fingerprints as part of the licensing process. A radiologist would go to the police station, sheriff’s office, or the office of a commercial fingerprint service. Documents often got lost in the process.

Then came Covid-19. Telemedicine blossoms with more than 300 commercial telemedicine or telehealth providers, all with growing staffs of physician needing to expand their staffs and their licenses. And many of those places where physicians could previously get their fingerprints scanned were closed due to the close contact required with examiners. Locum Tenems Companies thrived, many of which proving physicians to facilities experiencing staffing shortages. This too required an efficient solution. A new breed of company emerged with private equity backing emerged which enables facilities to outsource much of the credentialling process. See www.axuall.com and www.medallion.co.

A new solution has emerged, TeleFingerprinting!

To find out how TeleFingerprinting can benefit your organization, contact hreis@healthepractices.com

Telemedicine and the Ukraine